Member for Gregory Lachlan Millar is thrilled that common-sense and fairness has won out, as reports of the Parliamentary Committee report on small pubs licences recommends the Government pass the Bill.

Mr Millar, who has been championing the Bill since the last Parliament, is happy that the Bill will finally be put to Parliament for a vote.

“I was disgusted to learn that pubs throughout rural Queensland were paying the same level of fees as pubs in the centre of Brisbane” Mr Millar said.

“Rural pubs are more than a place to have a beer – they are the community meeting place, the local restaurant, the first destination for tourists and a vital part of any local community.

“It’s ultimately about fairness – the Yaraka Hotel or the Union Hotel in Blackall doesn’t have anywhere near the same patronage as the Breakfast Creek Hotel in Brisbane or the Criterion Hotel in Rockhampton.

“But yet, these pubs are all paying the same licence fees. 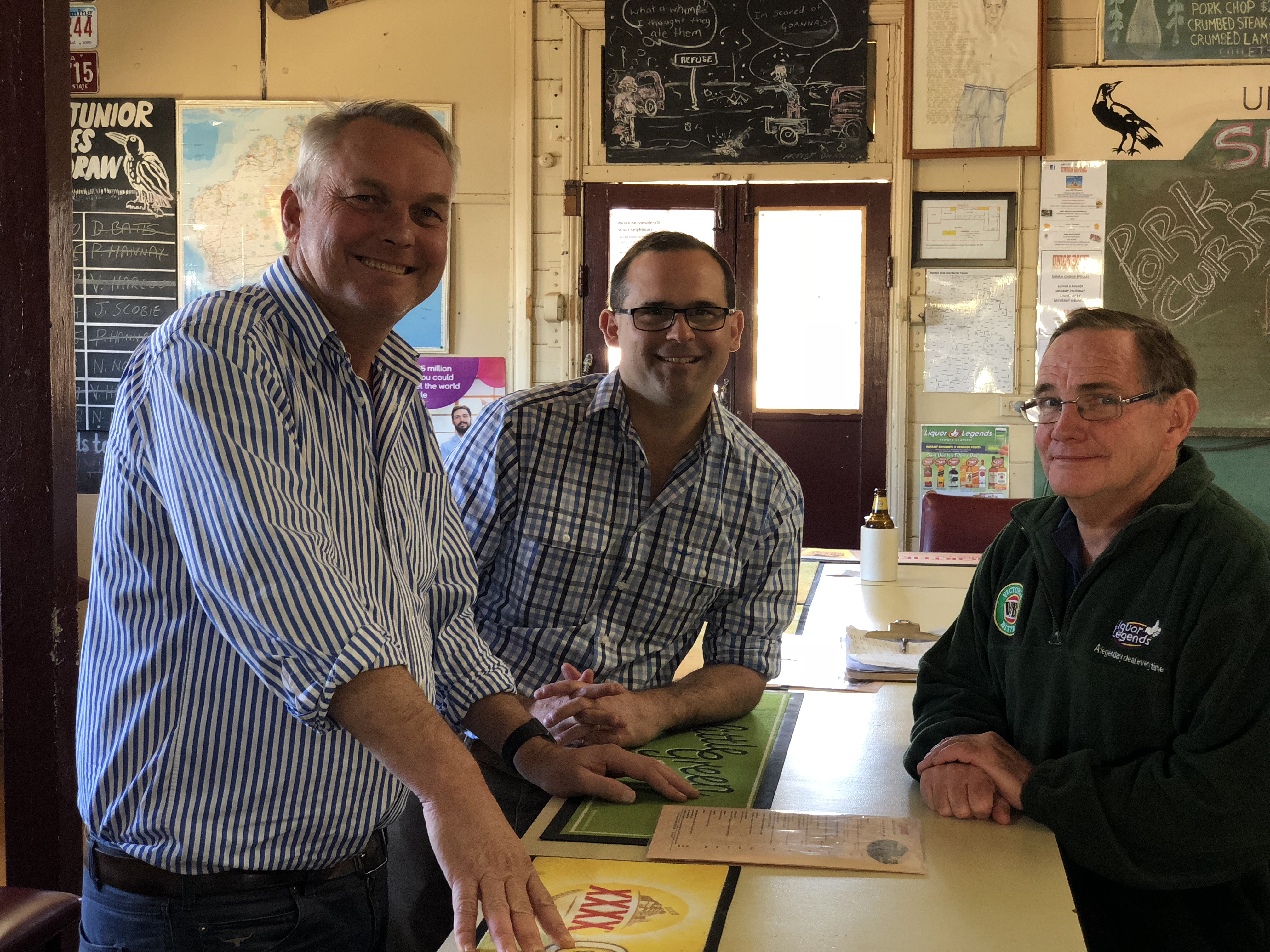 “I’m proud to announce that the Legal Affairs and Community Safety Committee has been examining the Liquor (Rural Hotels Concession) Amendment Bill, and they have recommended to the Parliament to pass it.

“This is a win for all rural Queenslanders – with around 110 rural pubs benefitting” Mr Millar said.

Longreach Regional Council Mayor Ed Warren see’s this decision by the committee as a win for common-sense.

“For me this is about common-sense. The more common-sense we can legislate the better” Mayor Warren said.

“The Bill is basically one small measure – but it’s one that will make a big difference to people in our region.

“So I applaud the committee for making a recommendation based on common-sense and the needs of our remote communities” he said.

The Bill is expected to be put to Parliament in the upcoming weeks.