“I congratulate the Premier for coming to the table and supporting our farmers and graziers throughout Rural Queensland, but it’s important that we ensure that the money raised it effectively supporting the whole rural community” Mr Millar said

“Over the last three years the Western Queensland Drought Appeal has delivered over a million dollars to drought-affected primary producers and their families in 18 remote shires across north, south and central western Queensland.

“The money has come from public and corporate donations of cash. It is distributed via pre-loaded debit cards to drought affected farmers and graziers. 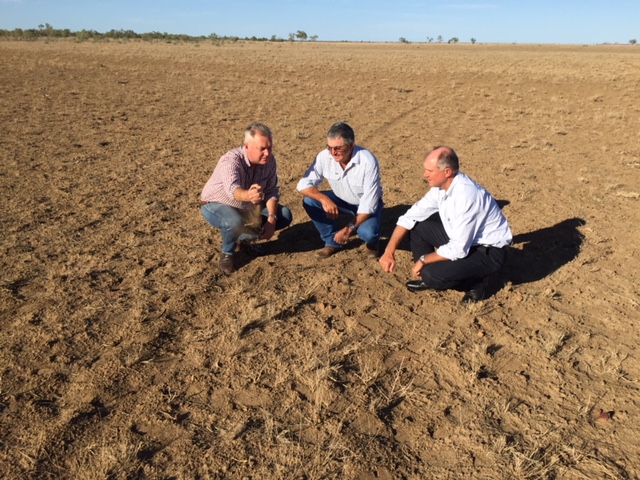 “It is discreet and dignified and ensures that they funds are spent locally, including items such as groceries from the local supermarket, medicines from the local pharmacist or having the car serviced at the local mechanic.

“With the debit card, families can continue to function within their local communities and by spending the money locally, we are keeping our small business families in town.”

Mr Millar said that small business operators are not eligible for Federal government assistance, so they are really hit hard.

“If we are to have viable communities after the drought we need to keep the general grocers, the hardware merchant, the newsagent, the local tradies such as the mechanic and the electrician, the butcher and the plumber going.

“It might be three years late, but it is still needed so I encourage everyone to make a donation, small or large.”