Member for Callide Colin Boyce and Member for Gregory Lachlan Millar are looking to the future, as three Central Queenslanders took centre stage in the 2018 YMCA Queensland Youth Parliament.

Member for Callide Colin Boyce, who acted as Deputy Speaker for Youth Parliament’s debates, was impressed by the quality of representatives and particularly by the strong representation of young women from the Callide Electorate.

“It is refreshing to see the youth of Callide taking an interest in matters of our State and I congratulate all members for putting themselves forward as representatives” Mr Boyce said.

“Jemma Mobbs, from Bell, is the Callide electorate Youth Parliament representative and has a strong interest in the rural sector which suited her portfolio of Agriculture, Environment and Natural Resources. Jemma also addressed the Youth Parliament on Mine Rehabilitation.

“Caitlyn Donohue, a senior at Biloela State High School, represented the electorate of Burnett and the Department of Health and Disability Services. Caitlyn was also elected as the Deputy Opposition Leader by her peers in parliament. 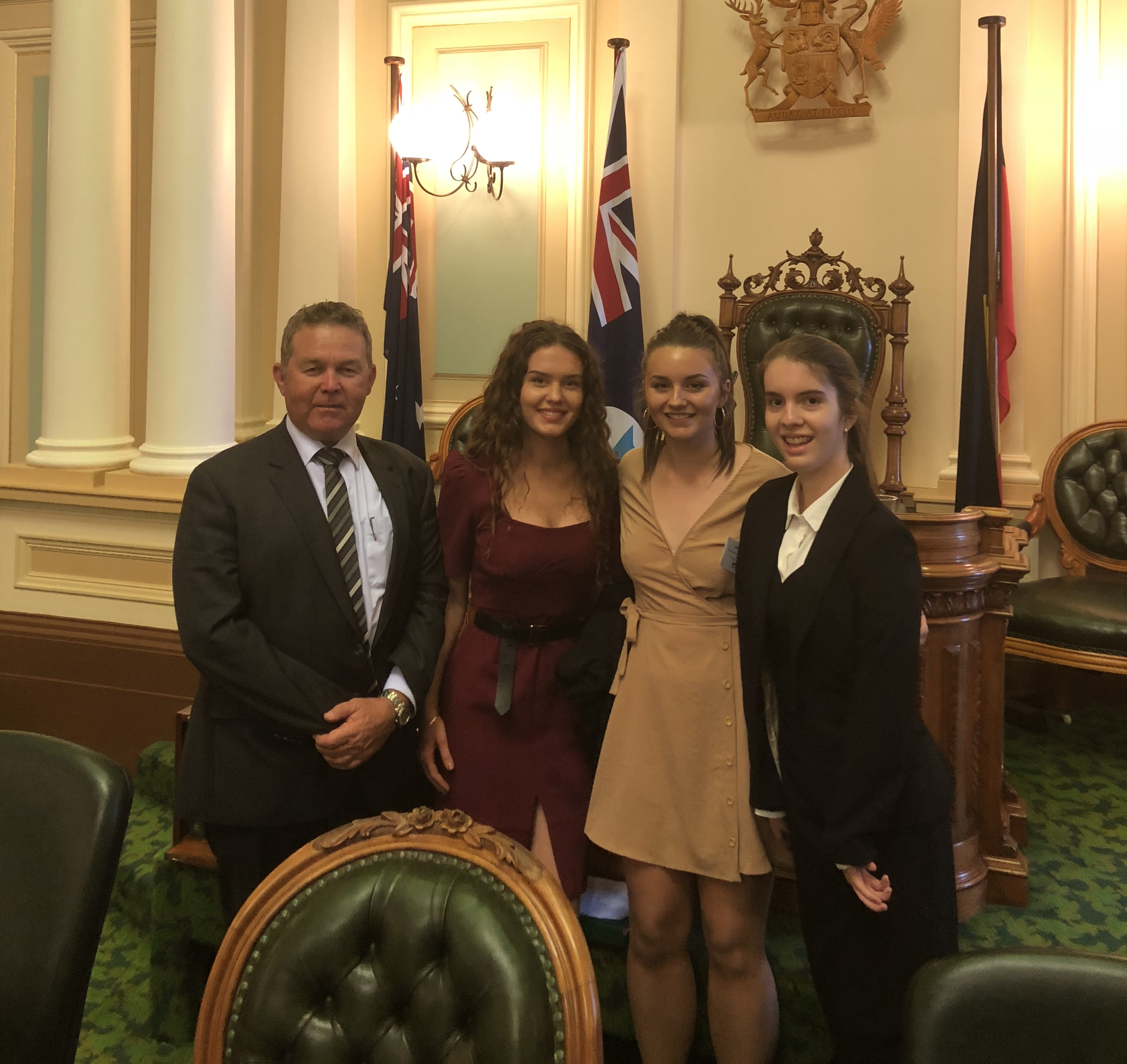 “Mikah Appel, a first year University student and 2017 graduate of Biloela State High School, represented the youth of Queensland for a second year running having attended 2017 Youth Parliament in the seat of Callide and again in 2018 in the seat of Gregory with the portfolio of Transport and Main Roads”.

Mr Millar said that he was proud of the hard work of Central Queenslanders standing up for our region in Youth Parliament.

“Despite the geographical difficulties for our young people to attend, it’s fantastic to see our Central Queensland region well represented by these three stand-up young women” Mr Millar said.

“Topics discussed at Youth Parliament this year centre around vital industries of our region – mining and agriculture.

“To see young people stand up and have their voice heard about issues throughout the region is impressive and I am proud of their efforts.

“I can see Jemma, Caitlyn and Mikah representing their communities in the future, quite possibly as the future members for Gregory and Callide” Mr Millar said.